Join the Sigal Music Museum on Friday, February 18th for a performance from the RoseWind Duo!

The RoseWind Duo consists of Scott Herring, percussion and Clifford Leaman, saxophones. The RoseWind Duo performs music in a wide variety of musical styles and is highly sought-after for performances and masterclasses throughout the United States.

Dr. Scott Herring currently holds the position of Professor of Percussion at the University of South Carolina where he directs and oversees the USC Percussion Ensemble and the Palmetto Pans Steel Band. Herring’s debut solo CD, Carbon Paper and Nitrogen Ink was released on Resonator Records and features works for solo marimba and percussion ensemble. In addition, the Palmetto Pans Steel Band released their debut CD, The Palmetto Pans in the fall of 2012. As a chamber musician, Herring performs with the Sympatico Percussion Group, who has performed throughout the U.S. and will also be featured at PASIC 2021. Dr. Herring also performs with USC Saxophone professor, Clifford Leaman, as the RoseWind Duo. RoseWind Duo has visited France, Spain, Sweden, Scotland, and China for performances and masterclasses, and their two CD’s, Release and Devil’s Garden, Angel’s Landing, are available on Equilibrium Records. Dr. Herring has formerly served as President of the Kansas Chapter of PAS, Vice-President and President of the South Carolina chapter of PAS and is currently a member of the Board of Advisors for PAS. Dr. Herring is an endorser of Sabian Cymbals, Grover Pro Percussion, Remo Drumheads, and Malletech, where he has his own signature set of marimba mallets.

Professor of saxophone and Associate Dean, Director of Graduate Studies at the University of South Carolina School of Music, Clifford Leaman received degrees in Music Education from Lebanon Valley College, and the Master of Music and Doctor of Musical Arts degrees in performance from the University of Michigan. He served on the faculties of Furman University, Eastern Michigan University, and The University of Michigan prior to his appointment at the University of South Carolina. In great demand as a soloist and clinician, he and has performed and taught throughout the United States, Canada, Italy, Spain, China, Taiwan, Thailand and Australia. Leaman has released four critically acclaimed compact discs of saxophone and piano music on the Equilibrium label, and Concerti by Ingolf Dahl, Leslie Bassett and Henry Brant. An avid supporter of contemporary music, Leaman has commissioned and given the world premiere performances of numerous works, including concertos by Pulitzer Prize-winning composers, Leslie Bassett, William Bolcom, and Michael Colgrass. Leaman is an artist-clinician for the Conn-Selmer Company and D’Addario Reeds performs exclusively on Selmer saxophones and D’Addario Reserve Reeds. 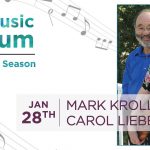 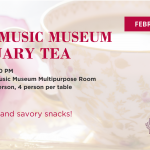