Join us for a concert by Fabio Parrini (piano), Jennifer John (violin), and Seth Russell (cello)!

He received multiple competition prizes, recording grants, a Fulbright Grant, and a Kahn Award from Boston University. Head of the Keyboard Department at North Greenville University, he coached and performed for the Philadelphia International Music Festival, and gave master classes as a guest performer in California, Kansas, Massachusetts, Mississippi, South Carolina, Tennessee, and Texas. He holds degrees from the Conservatory of Padua (Italy) and Boston University, and studied with Anthony di Bonaventura, Micaela Mingardo Angeleri, Gyorgy Sandor, Bruno Mezzena, and Adriana Rognoni.

Jennifer John is the Director of Strings at the the Fine Arts Center in Greenville, coaching and teaching chamber music.

Previosly, Jennifer was the Violin Teacher and Director of the Concertato Strings at the South Carolina Governor’s School for the Arts and Humanities, a residential high school for the artistically talented in Greenville, SC. She was also Professor of Violin at the University of Colorado at Boulder and the Director of Orchestras at Peak to Peak Charter School, Faculty Emeritus at the Aspen Music Festival and School. Jennifer has also been faculty at the 2017 Wintergreen Music Academy in Virginia, and at the Rocky Ridge Institute of Music in Estes Park, CO. She has also recently a guest clinician at the 2018, MTNA National Convention in Orlando, Fl., and the 2017 ASTA National Convention in Tampa, FL.

Jennifer was previously Concertmaster of the Wichita Symphony, Prague International Chamber Orchestra, Great Lakes Music Festival, National Repertory Orchestra and the Flint Michigan Symphony. She was also Associate Concertmaster of the Aspen Chamber Symphony for many years. In addition she was Professor of Violin at Wichita State University and First violinist of the Fairmount String Quartet as well as one of the founding members of the Ceruti Quartet in residence at the University of Memphis.

Ms. John received her Masters degree with Paul Kantor at the University of Michigan. She earned her Bachelors degree with Dorothy Delay and Kurt Sassmannshaus at the Cincinnati College Conservatory of Music. Other education includes Postgraduate study at Yale University, Lausaunne Switzerland. Other teachers include Lawrence Maves and Fransesca Koscielny at the University of Oregon. Ms. John has also studied the Suzuki method with William Starr in Boulder, CO to enhance her knowledge as a pedagogue.

Cellist Seth Russell performs internationally as a chamber musician, soloist, and orchestral player. Audiences have praised his technical wizardry, adventurous programming, and inspiring musicianship. He has performed solo and chamber music recitals in venues such as Carnegie Hall’s Weill Recital Hall, Boston’s Jordan Hall, Eastman’s Kodak Hall, and Taipei’s Elite Performance Hall. He was awarded a top prize in both the 2017 and 2019 New York International Artists Competition. In 2015-16 he served as the Visiting Assistant Professor of Cello and cellist of the Ceruti Quartet at University of Memphis in Tennessee. He is the newly appointed Principal Cellist of the Greenville Symphony Orchestra in South Carolina.

Seth is passionate about chamber music and creating new ways to connect with audiences. He formed the Oceanus Quartet with colleagues in Boston, which received a New England Conservatory Entrepreneurial grant for a tour of Taiwan in May-June, 2015. The quartet performed and coached students at universities, schools, and concert halls throughout Taiwan. Seth was also a founding member of Phoenix, a chamber orchestra in Boston that creates unique concert experiences through programming, venue, and audience engagement. Now in its eighth season, Phoenix has won the Improper Bostonian’s “Boston Best Classical Ensemble,” and was reviewed by the Boston Globe as “eminently worthy of your attention.” Since it’s 2013 inception, Seth has been involved with Groupmuse, an online platform for organizing classical music house concerts. In addition to performing house concerts in Massachusetts, Texas, and California, Seth has connected with audiences through regular live-stream Groupmuse performances during the COVID-19 pandemic.

Dedicated to pedagogy and music education, Seth has worked with students of diverse levels and backgrounds internationally, both privately and with music organizations. His Doctorate research document, “House Concerts: Classical Music at the Heart of Community,” highlights the crucial role of house concerts in both the history of classical music as well as the modern music scene.

Seth has been a member of Greenville Symphony Orchestra and Spartanburg Philharmonic Orchestra in SC, and a guest principal for Discovery Ensemble in Boston, MA. He has been invited to numerous summer music festivals, including Interlochen Summer Arts Camp as a String Quartet Fellow, Taos School of Music, Sarasota Summer Music Festival, Colorado College Summer Music Festival, and Talis Festival and Academy in Saas-Fee, Switzerland. 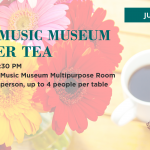