The Palmetto Piano Trio (+1) was formed by members and former members of the Greenville Symphony Orchestra in 2021 to play staples of the piano trio repertoire to audiences across the southeast. The trio is slightly unusual as the piano playing duties are shared between pianists David and Lisa Kiser. Audiences can look forward to varying temperaments and artistic interpretations during their performances.

Mendelssohn’s Piano Trio No. 1 in D minor is one of the most dramatic and well-loved piano trios in the repertoire. Composed in 1839, Mendelssohn, taking advice from a friend, injected the piano part with virtuosic abandon that reaches the difficulty level of a full blown piano concerto. Each of the movements is a masterwork alone, from the brooding 1st movement heard in the Korean Drama “Do You Like Brahms?” to the Song Without Words slow movement and concluding with an impish Scherzo and a breathtaking Finale in cut time.
Schubert composed his Piano Trio No. 1 during the last year of his short life. The trio is of substantial length and development. The Allegro Moderato 1st movement is in Sonata form. The first theme catches the ear in its compelling argument for good but regal humor on the level of a Joseph Haydn. The slow movement is a barcarolle like lullaby. The following Scherzo and Trio is a quirky allusion to the humor of the first theme. Here the voices chase each other about in imitative counterpoint. The Rondo finale presents a number of themes that are repeated. The themes are unified in a clever way but still sound distinct. A concluding Presto section alludes to the fuguing Scherzo, this time with the pastoral sounds of horn calls.

Given the recent resurgence of COVID-19 in South Carolina, Sigal Music Museum has implemented protocols to help protect our guests, artists, volunteers and staff during in-person performances.

Thank you for your continued support and participation in museum programming!

Violinist Alexander “Sasha” Shlifer holds a master’s degree from the prestigious Gnessin Academy in Moscow where he won numerous regional competitions, and upon graduation, became assistant concertmaster of the Russian State Symphony Orchestra, touring extensively in Russia and Europe as featured soloist.

Shlifer has now settled in New York City as concertmaster and soloist with several orchestras in New York, New Jersey, and Connecticut. He served as an assistant concertmaster with the Greenville Symphony Orchestra, and as guest artist with various ensembles across the Carolinas. Mr. Shlifer performs on a 1743 Matteo Gofriller violin.

Kiser began piano at age ten with Deborah Freeman in Greenville, who introduced him to the world of the National Federation of Women’s Music Clubs and piano festival events at Converse College. He later studied under Converse College faculty Douglas Weeks. In addition to his work performing and serving as the Education Manager at the Greenville Symphony Orchestra, Kiser is also a writer and a historian focusing on the history of music in the Palmetto state. He was the first writer in residence at the Pat Conroy Literary Center.

Kiser is one half of the piano duo with Lisa Won Jung Oh Kiser, KiserPiano. His recent performances include Ravel’s Piano Concerto for the Left Hand Alone, with the Anderson Symphony Orchestra, and a solo recital featuring music by Carlise Floyd among other South Carolinian composers at the Sigal Music Museum. Listen to David Kiser’s weekly radio program for South Carolina Public Radio, On the Keys (SCPR Classical Stations or Internet Stream, Thursdays, 8 pm).

Lisa Kiser began studying piano at the age of four. She has won numerous awards in Korea, including The President’s Award. She first performed with the Daegu Symphony Orchestra at age ten. After graduating Yonsei University, she came to the United States to further her study, where she was chosen as Best Artist of 1994 by the St. Louis Artist Society. She completed her doctoral course work at USC.

Now in Greenville, she is the principal keyboardist of the Greenville Symphony Orchestra. She concertizes around the state on artist series like ‘Winter Classics’ at Christ Church and the ‘Piccolo Spoleto Festival’ in Charleston. She has performed internationally in South Korea and Italy. She was recently featured with the Anderson Symphony Orchestra in Franz Liszt’s Piano Concerto No. 1 and the Greenville Symphony Orchestra, as well appearances at the Sigal Music Museum with the principal oboist of the Baltimore Symphony, Katherine Needleman and clarinetist Igor Begelman. In addition to her performing activities, she is one of South Carolina’s most sought-after private teachers.

Hailed as a cellist with “warmth and panache in solo flight” (Atlanta Journal Constitution) Ismail Akbar received his BA degree in cello performance from Oberlin Conservatory of Music, and Masters of Music from Mercer University. Mr. Akbar has performed as soloist and chamber musician throughout Panama, the Bahamas, Russia, Italy, and on National Public Radio, “From the Top”. As a graduate of the prestigious Talent Development Program, he performed with the Atlanta Symphony Orchestra under the direction of Robert Spano. He has also performed as a soloist throughout the Southeast.

Mr. Akbar is currently professor of cello and chamber music at Clayton State University, Spelman College and Clark Atlanta University. He has served as Faculty Cello Instructor at Laurel Ridge Music Festival in Helen, Ga for 12 years. Mr. Akbar is on the Board of Directors of the Italian Music Festival Orvieto Musica. As Cello Teaching Artist of the Atlanta Music Project, Akbar is an advocate for social change through musical excellence. 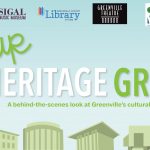 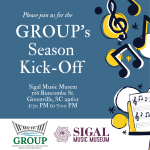