The performance will highlight historical harpsichords in the museum’s collection and from museum founder Steven Bichel, and will feature work from an array of composers. Harpsichordist and fortepianist, Mark Kroll brings over fifty years of experience with critical praise for his performance with orchestras worldwide. Carol Lieberman is recognized as one of America’s leading exponents of Baroque violin performance for the past 50 years. Together, Kroll and Lieberman are certain to leave you cheering for an encore!

Mark Kroll’s distinguished career as a performer, scholar and educator spans a period of more than fifty years. He has appeared in North and South America, Europe, the Middle East and Asia, winning critical praise for his expressive playing and virtuosity; performed as concerto soloist with the world’s major orchestras; and served as harpsichordist for the Boston Symphony from 1979-2008.

Kroll is equally active as a scholar. He has published seven books—The Cambridge Companion to the Harpsichord; Ignaz Moscheles and the Changing World of Musical Europe; Playing the Harpsichord Expressively; The Beethoven Violin Sonatas; Johann Nepomuk Hummel: A Musician and His World; The Boston School of Harpsichord Building; and most recently, an annotated facsimile of part III of J. N. Hummel’s A Complete Theoretical & Practical Course of Instructions on the Art of Playing the Pianoforte—and numerous chapters and articles on a variety of subjects.

A dedicated educator, Kroll is Professor emeritus at Boston University, where he served twenty-five years as Professor of Harpsichord and Chair of the Department of Historical Performance. He has taught and lectured worldwide, including the universities and conservatories of Beijing, Shanghai, Bangkok, Zagreb, Belgrade, Ljubljana, Krakow, Warsaw, Tel Aviv. Jerusalem and Bratislava, as well as Musikhochschule throughout Germany. He has also been visiting professor and guest lecture at Northeastern University, the Massachusetts of Technology, Yale, Princeton, USC, Michigan, North Carolina and others throughout the United States.

Carol Lieberman, recognized as one of America’s leading exponents of Baroque violin performance for the past 50 years, is equally acclaimed for her command of the violin repertoire from the 19th to the 21st centuries. The scope of Ms. Lieberman’s versatility can be seen by her performances of the complete Sonatas for Violin and Harpsichord of J.S. Bach in Lisbon, Madrid, Rome, Paris, Boston and San Francisco, and her numerous concerts of works by romantic and contemporary composers. A reviewer of her most recent album, The Art of Carol Lieberman, a 2-CD compilation from her recordings on both Baroque violin and the modern instruments, summarized these accomplishments: “the great American violinist Carol Lieberman…is a world-class artist with a bold, distinctive sound… she is a violinist’s violinist, a teacher, a concertmaster, and a champion of lesser-known works, both as a soloist and a chamber musician.”

Ms. Lieberman’s live concert appearances have taken her throughout Europe, North and South America, and the Middle East. She has performed the violin concertos of Sibelius, Brahms, Beethoven, Mozart, Haydn, Vivaldi and Bach with such orchestras as the Boston Pops Orchestra, the CBC Festival Orchestra, the Orchestra of the Associazione Musicale Romana, the Belgrade Chamber Orchestra, and the Handel & Haydn Society. She was also concertmistress for the Handel and Haydn Society, Masterworks Chorale and the orchestra of the Associazione Musicale Romana. She is currently Professor emerita at Holy Cross. 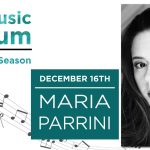 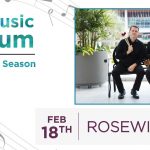