This event is sold out! Stay in touch for future performances and events.

Tickets: Tickets are by reservation only and we kindly ask that you pay what you can. To reserve a ticket, contact our team by phone at 864 520-8807 or via email at info@sigalmusicmuseum.org. Capacity is limited to 40 for this event.

Sam Parrini, 21, born in Greenville, SC, began his musical upbringing at age 3 when he decided he wanted his mom, Sherry Parrini, to teach him piano. He started violin at the age of 4 with Joanna Mulfinger and later studied with Jennifer John through high school. He currently studies under Professor Axel Strauss at the Schulich School of Music at McGill University. A recipient of the Jack Kent Cooke Young Artist Award with an appearance on NPR’s From the Top, Sam has performed as a soloist with the Beaufort Symphony Orchestra, the Clemson University Symphony Orchestra, the Greenville County Youth Orchestra and the Carolina Youth Symphony. He is a member of the Theia String Quartet at McGill, which is coached by Professor André Roy and was granted 2nd prize at the 2019 McGill Chamber Music Competition, as well as being accepted to MISQA 2020 and 2021. He graduated from the Greenville Fine Arts Center, where he studied chamber music under John Ravnan and music theory under Jon Grier. He has attended numerous festivals, including NYO-USA, NYSOS and the ENCORE Summer Intensive. He looks forward to attending the Music Academy of the West this summer after attending their virtual program, MARLI, in the summer of 2020.

Maria Paola Parrini began her piano studies at the age of three with her parents, Sherry and Fabio Parrini, and recently received her Bachelor of Music in piano performance at the Cleveland Institute of Music as a student of Paul Schenly and Antonio Pompa-Baldi. Ms. Parrini is a native of Greenville, South Carolina, and studied chamber music under John Ravnan at the Greenville Fine Arts Center; during her time at the FAC, she premiered several chamber works by composer Jon Grier, and founded the Chanté Piano Trio with two other students, which won the grand prize of North Carolina’s inaugural WDAV 89.9 Young Artist Chamber Music Competition, resulting in a radio interview and performance broadcast in January 2015. During her time at CIM, Ms. Parrini has received first prize in the 2016 Darius Milhaud Competition at CIM, respective second and third prizes in the Thousand Islands Intl. Piano Competitions of 2016 and 2015, second prize in the MTNA National Senior Piano Competition, and a discretionary award at the Arthur Fraser International Concerto Competition. She is a frequent recitalist in the SC/NC area; the Asheville-based Pan Harmonia series has featured her several times as a guest artist, and most recently she presented a solo recital for the Music in Landrum concert series in December 2016 and was invited to perform on the 2017 Opening Gala of the Southeastern Piano Festival. 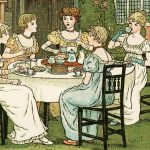 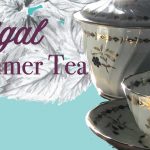