Join Sigal Music Museum for a concert by harpsichordist and organist Gabriel Smallwood!

Gabriel Smallwood will perform on one of Richard Kingston’s stunning Double Manual Harpsichords at a concert located in Sigal Music Museum.

A native of South Carolina, American-born harpsichordist and organist Gabriel Smallwood began his musical studies at age three on the piano. His primary piano teachers included Dr. Paolo Andre Gualdi, Dr. Stephen Taylor, and Dr. David Gross. He made his concerto debut in 2012 with the Florence Symphony Orchestra (SC). In 2016, Gabriel moved to Germany to study piano with Prof. Alexander Meinel at the Hochschule für Musik und Theater in Leipzig.

Gabriel has fostered a deep passion for historical keyboard instruments ever since his first encounter with the harpsichord at age 12. His fascination for early music led him to pursue various research projects and performances on the harpsichord while being self-taught, including a lecture recital on the keyboard works of Johann Pachelbel in 2015 and performances with the South Carolina Bach Society as a soloist and continuo player. Gabriel began his formal training as a harpsichordist midway through his Bachelor studies under the tutelage of Prof. Tobias Schade in 2019. Gabriel has since wholeheartedly devoted himself to the study of early music and early keyboard instruments.

Gabriel appears regularly as a soloist in the United States and throughout Europe. Engagements from the 2021/22 season include a series of solo recitals in South Carolina under the sponsorship of S.C. Bach, a performance at the “Keys to the Sigal” festival for historical keyboard instruments in Greenville, SC, and a recital on the anonymous Italian harpsichord from ca. 1540 in the Beurmann Collection of the Museum für Kunst und Gewerbe in Hamburg, Germany. Recent projects include a CD recording with Diana Damrau and the NDR Radiophilharmonie, as well as concerts with various early music ensembles in Germany, the Netherlands, Latvia, Lithuania, and the Czech Republic.

As a composer, Gabriel has been a prize winner at multiple national competitions within the United States. His compositions have been performed by members of the nation’s most esteemed orchestras, including a performance by the Orchestra of St. Luke’s in Carnegie Hall in 2012 as a part of the Carmina Burana Choral Project. 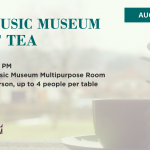 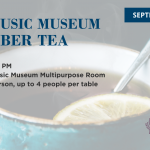