This performance is SOLD OUT! Please check our calendar for other upcoming events!

Sigal Music Museum is excited to welcome visitors to the museum! Masks are strongly suggested at this event. We appreciate your cooperation and look forward to seeing you soon!

Tickets: Tickets are by reservation only and we kindly ask that you pay what you can. To reserve a ticket, contact our team by emailing info@sigalmusicmuseum.org. Capacity is limited to 40 for this event.

A native of South Carolina, American-born harpsichordist and organist Gabriel Smallwood began his musical studies at age three on the piano. He made his concerto debut in 2012 playing Mozart’s Piano Concerto in A major, K. 488 with the Florence Symphony Orchestra (SC). Since then, Gabriel has performed actively as a soloist and in ensemble in the United States, Italy, Germany, Austria, Portugal and the Czech Republic. A highlight of his performing career includes numerous concerts on historic 17th and 18th century harpsichords of the Sigal Music Museum in Greenville, SC.

Gabriel also appears frequently in chamber and orchestral settings. Recent projects include playing continuo for a production of Handel’s Rinaldo in Hamburg. He is a founding member of the ensemble The Quadran Consort, which performs music from the early 17th century to the mid-18th century.

As a composer, Gabriel has been a prize winner at multiple competitions within the United States. His compositions have been performed by members of the most esteemed orchestras within the United States, including a performance by the Orchestra of St. Luke’s in Carnegie Hall in 2012 as part of the Carmina Burana Choral Project. Before fully devoting himself to early music, Gabriel studied piano with Prof. Alexander Meinel at the Hochschule für Musik und Theater „Felix Mendelssohn Bartholdy” in Leipzig, Germany.

Gabriel currently lives in Germany, where he studies harpsichord with Prof. Menno van Delft and organ with Prof. Wolfgang Zerer at the Hochschule für Musik und Theater in Hamburg. 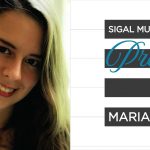 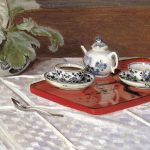