Join Sigal Music Museum for a concert by the Aguilar Trio!

As a founding member of the Callisto Quartet, Paul Aguilar has won top prizes at the Banff, Bordeaux, Fischoff, Melbourne, Wigmore Hall, and Manhattan International Competitions. He was a member of Rice University’s Graduate String Quartet in Residence and also studied at the Escuela Superior de Musica Reina Sofia School in Madrid, Spain with Gunter Pichler. He previously earned his Bachelor’s Degree in Violin Performance from the Cleveland Institute of Music (CIM) where he was a full-scholarship student of Jaime Laredo and Jan Sloman.

Hailing from a Venezuelan-American family in South Carolina, he began studying violin at age five with his older sister as his primary teacher. His first exposure to both orchestral and chamber music was at the Fine Arts Center in Greenville, SC, where he participated enthusiastically for seven years. After moving to Cleveland to study, he won top prizes in numerous solo competitions including the 2016 Milhaud Competition and 2017 CIM Concerto Competition. During his time in Cleveland, he performed regularly with both the Canton and Akron Symphonies. He was a two-time participant in the New York String Orchestra Seminar and was also recently selected as the only Orpheus Chamber Orchestra Performance Fellow for the 2020-2021 season.

In addition to international travels with Callisto Quartet, Paul enjoys sharing music at his church and throughout his community in schools and numerous other community centers. While not practicing, rehearsing, or performing, Paul enjoys hiking, reading, listening to and discussing music, teaching and coaching individuals and chamber groups, and spending time with his wife, Rachel. Paul is a 2019 MPower Grant recipient from the Sphinx Organization.

Keenan Reesor is a pianist and musicologist, equally at home in the concert hall and in the classroom. Of his pre-concert lecture and ensuing performance of Rachmaninoff’s Third Concerto with the New Bedford Symphony Orchestra, the South Coast Today reported that he displayed “depth and erudition, . . . and the down-to-earth humility and warmth that later infused his brilliant technical mastery of the piano with soul force and heart.”

Reesor has performed across the United States and in England, Austria, Hungary, and Russia. In addition to New Bedford, he has soloed with the Cheyenne Symphony Orchestra, Coachella Valley Symphony, Downey Symphony Orchestra, and Fort Collins Symphony. He is a laureate of the Virginia Waring International Piano Competition and has been nominated for the American Pianists Association Classical Fellow Award. Reesor is also an avid chamber musician and has appeared in recital with tenor Stanford Olsen, violinists Paul and Rachel Aguilar (Callisto Quartet), William Hagen, and Sirena Huang, and cellists Dane Johansen (Cleveland Orchestra), Jonathan Karoly (Los Angeles Philharmonic), and Matthew Zalkind (University of Denver).

As a scholar, Reesor specializes in the music and reception of Sergei Rachmaninoff, with broader interests in reception history, canonicity, and Russian music and musicians of the nineteenth and twentieth centuries. Reesor’s research has taken him to archives at the British Library, the Library of Congress, the Glinka Russian Museum of Musical Culture, the Moscow Conservatory, and the Saint Petersburg Philharmonia. He presents regularly at national and international conferences on Russian music and culture, and his articles have been published by Rachmaninoff’s Estate-Museum “Ivanovka” and the Gnesin Russian Academy of Music.

Reesor currently serves as Associate Professor of Music and Director of Keyboard Studies at Southern Virginia University, teaching music history and piano. He holds a PhD in musicology and a master’s in piano from the University of Southern California, where he studied piano with Norman Krieger, and a bachelor’s in piano from Utah State University, studying under the late Gary Amano. He lives in Buena Vista, Virginia, with his wife, Nonie, and their five boys.

Originally from Holiday Hills, IL, Rachel Aguilar (Stenzel) grew up in a very musical family, beginning her formal training on the piano at age five and later on the violin at age nine. Currently residing in Houston, TX, she completed both her Bachelor’s and Master’s Degrees in Violin Performance at the Cleveland Institute of Music (CIM), where she also minored in both Music Theory and Business Management. Her primary teachers include Paul Kantor, Stephen Rose, Jan Mark Sloman, and Almita Vamos.

Rachel’s ensemble training began at Midwest Young Artists in Highwood, IL where she was actively involved in their orchestra and chamber music programs. Her orchestral experience has included five years as a member of the Canton Symphony Orchestra, concertmaster of the Suburban Symphony Orchestra, and a participant in the New York String Orchestra Seminar. During her time at CIM, Rachel was the recipient of multiple awards in both violin and chamber music; she also served as concertmaster of the CIM orchestra and was featured as a soloist with the orchestra.

Although she loves both solo and orchestral playing, Rachel’s true passion is for chamber music. As a founding member of the Callisto Quartet, Rachel has won top prizes in nearly every major chamber music competition, including the Banff International String Quartet Competition, the Bordeaux International String Quartet Competition, the Melbourne International Chamber Music Competition, and the Fischoff National Chamber Music Competition. With the Callisto Quartet, she has participated in residencies at Rice University’s Shepherd School of Music, the Yale School of Music, Escuela Superior de Musica Reina Sofia (Madrid), and the University of Music and Performing Arts in Vienna. As quartet-in-residence from 2020-2022 at the Caramoor Center for Music and the Arts, the Callisto Quartet performed a complete Bartok String Quartet Cycle, the first time this was ever performed at Caramoor.

In addition to playing in orchestra and chamber settings, Rachel is committed to performing regularly at her church and in the community, and is also passionate of about teaching music. Along with the Callisto Quartet, she helped to develop a chamber music curriculum for teaching high school ensembles, and she also maintains an active private studio of both piano and violin students in Houston. Rachel plays on an 1850 Chanot violin generously on loan from the Maestro Foundation, and a bow generously on loan from the Rachel Elizabeth Barton Foundation. In her spare time she enjoys running, cooking, all kinds of craft projects, and spending time with her husband, Paul. 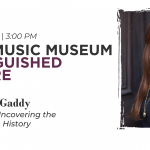