Joe Blake, currently retired held positions of Vice President and Chief Governance Officer of Prisma Health; Vice President and General Counsel for Greenville Health System and its related entities. An attorney with Haynsworth Sinkler Boyd and its predecessors, his practice focused primarily on corporate and finance matters, with special emphasis in the healthcare industry. Served as a Managing Director of the firm for 5 years. Joe Blakes community service includes leadership roles with the Greenville Symphony Association and the Metropolitan Arts Council.

Patrick Hawkins, a native of Virginia, is a graduate of the Peabody Conservatory at The Johns Hopkins University, East Carolina University, and Arizona State University. In 1993 Dr. Hawkins made his European debut at the Cambridge Summer Recitals in the United Kingdom. Since then, he has regularly returned to Europe to perform in France, Germany, and Spain. Dr. Hawkins is a frequent international lecturer, and featured recitalist. He has recorded for Arkay and Navona Records and is a founding member of The Vista Ensemble, an historically-informed performing organization of musicians in Columbia, South Carolina.

Shontavia Johnson, serves as Associate Vice President for Academic Partnerships and Innovation at Clemson University. She was named one of the top 40 Young Lawyers in America by the American Bar Association and has been placed on the prestigious Fulbright Specialist Roster. At Clemson, she helps bridge relationships between Clemson’s academic affairs division and corporate partners, technical colleges, and other four-year academic institutions. She also coordinates Clemson’s entrepreneurship and innovation-oriented activities. Prior to arriving at Clemson, she held a named professorship at a law school in the Midwest, where she also directed an Intellectual Property Law Center created with a private $1.5 million dollar grant and $750,000 corporate commitment. A frequent speaker and consultant on topics related to higher education, innovation and law, she has spoken on TEDx stages and taught at universities in the United States, Europe and Asia. Ms Johnson has been featured in TIME, the Washington Post, and Fortune. In 2014, her academic writing received the Ladas Memorial Award, which identifies the best trademark law article in the world.

Andrew Sigal is the executor of the Marlowe Sigal Estate and has been the primary contact in placing the instrument collection in SC, as well as the endowment funding. He has a long-standing interest in preserving history and helping to create a permanent presence for the Sigal instrument collection.
Sigal studied at Harvard University, University of Massachusetts Amherst, and University of California at Santa Cruz. He worked for Boston Systems Office and Microsoft and received three patents while leading the team that developed the ‘Access’ database, still in use around the world. He is currently self-employed in Oakland CA as a writer and food historian, and has a Certificate in Culinary Arts from the Cooking School of the Rockies.

John S. Beckford, Professor of Music Emeritus at Furman University taught for forty-three years. Hired as Furman’s first full-time instructor of percussion, he also taught music history, world music and basic conducting classes. In 2008 he was appointed Furman’s Dean of Faculty and in 2010 became the University’s Vice President for Academic Affairs and Dean. In 2016 he returned to full-time teaching until his retirement in 2019.
Dr. Beckford serves as the Greenville Symphony’s principal percussionist for 32-years and continues to perform in the section and with other area music organizations. He is a past president of the S.C. Chapter of the Percussive Arts Society, has served on non-profit boards in the community.

Susan E. Thompson is Curator of the Yale University Collection of Musical Instruments holds degrees in oboe performance and early music performance practice from the Oberlin College Conservatory of Music (B.Mus.), the University of Louisville (M.Mus.), and the Yale University School of Music (M.Mus.). She also has studied musicology at the University of Chicago and Yale University in the Department of Music. Her scholarly interests tend to focus on the history, design and construction of woodwind instruments and their makers, though she has presented papers about and prepared exhibits of a number of keyboard and string instruments in the Yale Collection. Articles pertaining to her research have been published in the Journal of the American Musical Instrument Society, The Galpin Society, Traverso, Tibia, The American Recorder, and The World of Wood. Of her many exhibits, that entitled “The Lighter Side of Music” — an exhibit of humorous, musically based New Yorker covers from 1931-2010 — was one of the best received.

These new members bring a wealth of knowledge, experience and accomplishments to continue the museums mission to celebrate, entertain, and inform audiences of all ages about the rich musical history and traditions of the Carolinas, through historically and culturally significant instruments. 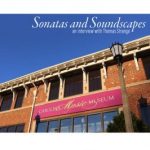 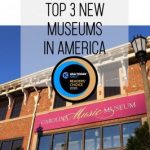