Berent Piano, 1775, First piano made and sold in America 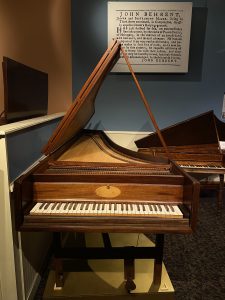 When this Johan Berent piano re-emerged from its 246-year seclusion, mostly spent within the original family, it created an immediate sensation. The advertisement for this particular piano in the Pennsylvania Packet in early 1775, is among the best-known notices from colonial times in America.

Speculation as to the true nature of this piano has circulated for over two hundred years. During the Bi-Centennial celebrations of America in 1976, several groups turned their attention to highlighting the possibility that such a piano might still exist, though nothing tied any of the pianos then known, to Berent. Only now are we able, at last, to study the construction of the real John Behrent piano, and learn something about the maker.

The original key levers and bottom boards are made of tulip poplar, found only in America and of too little value to ever export in the eighteenth century.

John Berent spelled his name differently every time he used it in notices or legal documents. Whether he did this in an attempt to anglicize it, or simply because he did not know how it was spelled, this caused enough confusion that detection of this piano was missed in the early 1970s when it was first studied. Berent came to Philadelphia from London, by way of Lisbon Portugal, in 1770 and set up immediately to make musical instruments, as well as case goods, bedsteads, and similar items. He introduced this instrument to the New World, as “an extraordinary fine instrument by the name of Piano Forte, in the manner of an harpsichord, and several changes.” The piano closely follows the techniques of London-based builder Americus Backers, who was building instruments much like this contemporary to Berent. That an American also built an “English grand piano” in Philadelphia while Backers was then working in London, is indeed “extraordinary.” 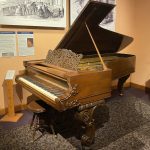 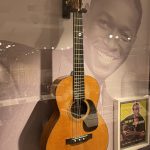